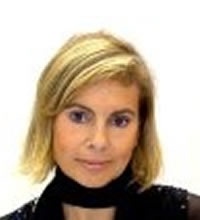 She has gained significant experience in Italy and abroad in the field of infrastructure and industrial project finance development (namely in Europe, Middle East and Africa), through structuring of treasury bonds and project financing, in drafting and negotiating international commercial agreements for joint ventures, agency and franchising, etc., in providing assistance on merger and acquisition transactions, mergers and spin-offs, or other private equity deals and, in commercial agreements on commodity trading, arts and CO2 emission permits. In the regulatory sector, she assists government entities in Italy and neighbouring countries (Balkans and Northern Africa) on reviewing and drafting regulations and law proposals (at domestic, European and international level) on matters such as energy, environment, climate change, urban development planning and construction, rural development and food safety.

Who’s Who International as an Italian expert on environmental law. For over 13 years she has worked in Brussels and London for European bodies (European Commission, European Parliament, Regions Committee) and for international law firms (Dorsey & Witney, LeBoeuf, Lamb, Greene & MacRae). She speaks and provides legal services in English and French.